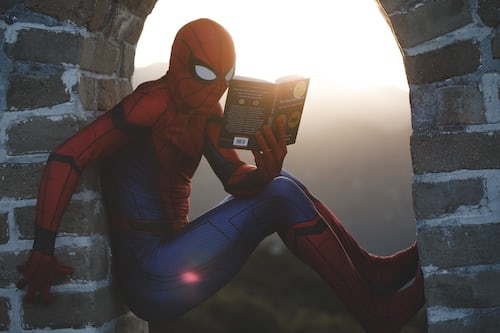 Spider-man is a superhero character created by writer Stan Lee and artist Steve Ditko. He first appeared in the Comic book Amazing Fantasy, in August, 1962. Stan Lee created Spider-man as a character that teens could identify with. Peter Parker becomes Spider-man after he is bitten by a radioactive spider. Peter Parker was simply a high school student living with his Aunt May and Uncle Ben. Once bitten by the spider Peter develops superhero strength and the ability to cling to ceilings and walls like a spider. He also invents his own webbing tools. After failing to stop the thief that would go on to rob and kill his Uncle Ben, Peter Parker decides it is his responsibility to use his power for good.

Read the Spider-Man Far from Home to learn even more about Spider-Mans upcoming movie to be release this summer!!!